The launch of an impressive renovation, which will transform the overall look of Inter Expo Center, was set by a demolition party that brought together more than 200 representatives of Bulgarian event industry, media and show business.

With its over 50 years of history and thousands of projects behind it, Inter Expo Center is a preferred location for events of different scale and formats, such as conventions, Bulgarian and international B2B exhibitions, festivals, concerts, cocktails, gala dinners and corporate parties. Building on its decade-long history and experience, Expo Center has begun preparation for the realization of a new project - an entirely new platform that will combine tradition with innovation.

"Sometimes traditions need to be changed " - under this motto the guests of the party joined Inter Expo Center to celebrate the end of an era and start a new one.

The large-scale renovation, which began last night, will continue until the end of August. "This is IEC’s first such major change since 2009, when we opened the new 4 halls in the complex. This is an important step for us because it will allow us to hold the leadership position in the event industry and will help us meet the increasingly high standards that our clients and partners expect to find here, " announced Mr. Ivaylo Ivanov, Manager of Inter Expo Center.

Modernization and multifunctionality are the key features to be seen from the first visualized demonstrations. The emblematic Vitosha Hall will be completely transformed, and will be equipped as of September with the latest trends in audio and visual equipment. Due to its proper shape, high ceiling and no columns, the hall can be converted into any format so it is suitable for any type of event. Its acoustics will be upgraded with the highest class of materials from German suppliers. Lighting will also be completely renewed and upgraded, using Dali technology - next-generation, eco-friendly and eye-friendly. The environmental concern and the natural feel will also be present in all the other components of the hall. The construction of the interior is based on natural wood materials.

The interactive options will also be upgraded. Vitosha Hall will be equipped with one next generation curved display, which due to its curved shape will allow a 360-degree visualization, following viewer’s angle and creating a wider panoramic view.

Rodopi Hall will be transformed in a room that is easy to transform and can increase its capacity to the needs of the users. Special movable walls can integrate the lobby into the hall, thus enlarging the space. "During the summer months, which are not that busy, we have planned a series of staff trainings. We expect to approve the first events of the autumn calendar in early September. We are getting a lot of inquiries at the moment for this period and that is why it is important to complete in time the renovation activities, "said Joan Mladenov, Vice-Manager of Inter Expo Center.

The opening of the largest renovation that took place in the Expo Center will be remembered by the demolition party, where the guests and the hosts together symbolically demolished a wall using a "weapon" of choice.

Demolition party tears down the past to build up the future 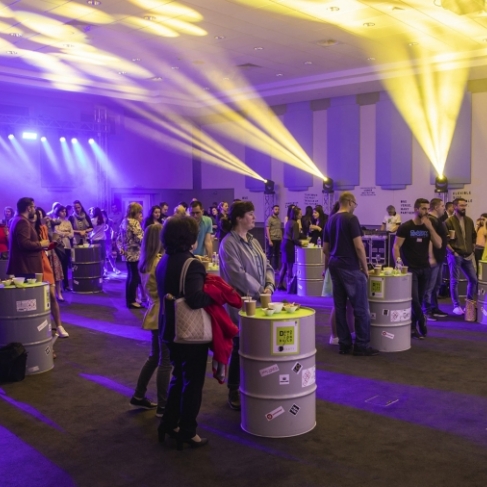 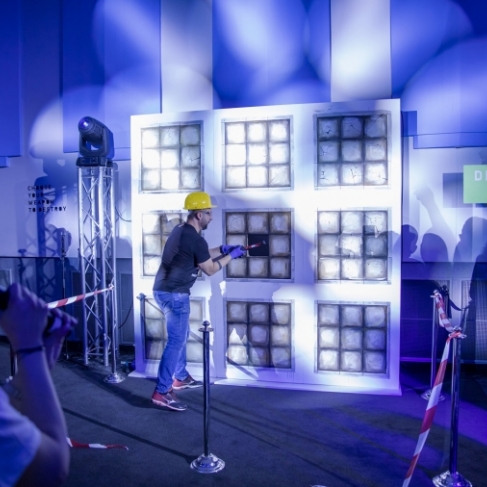 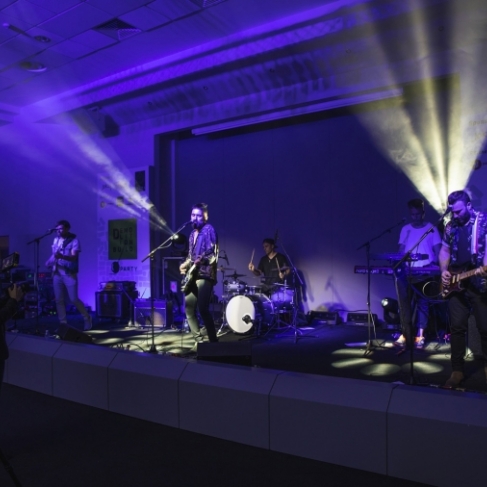 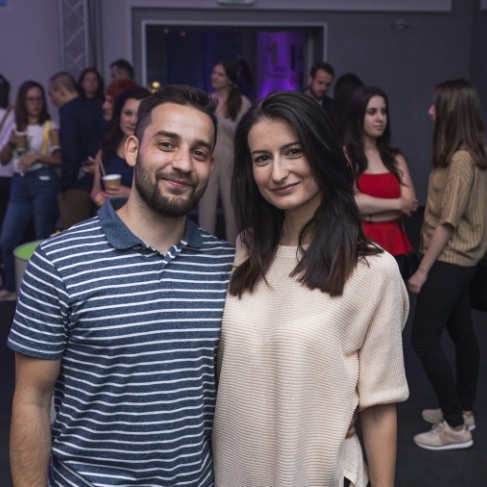 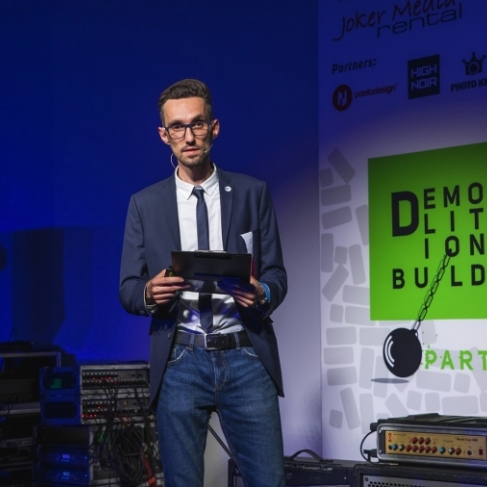 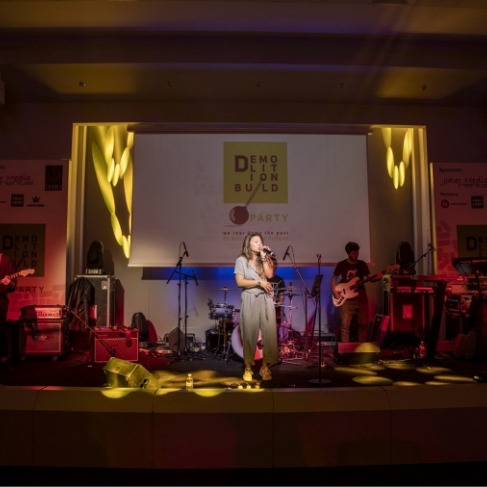 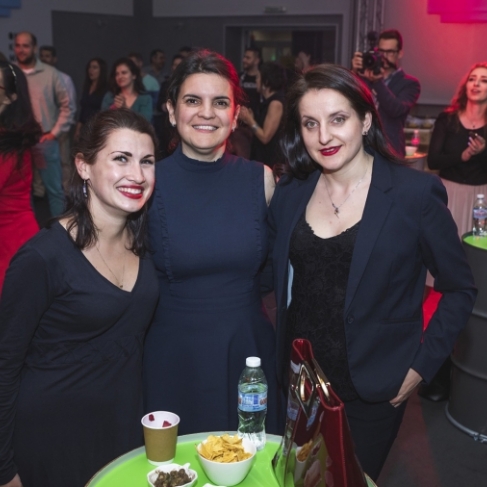 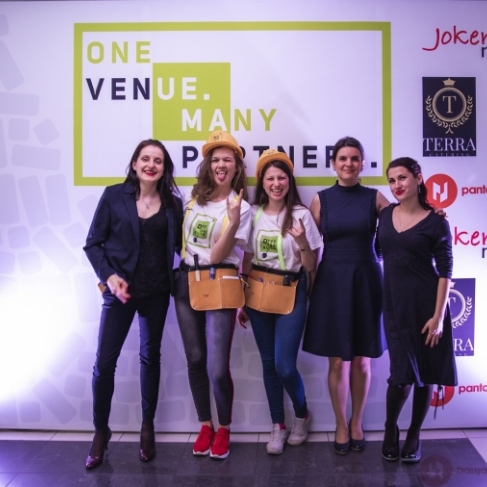 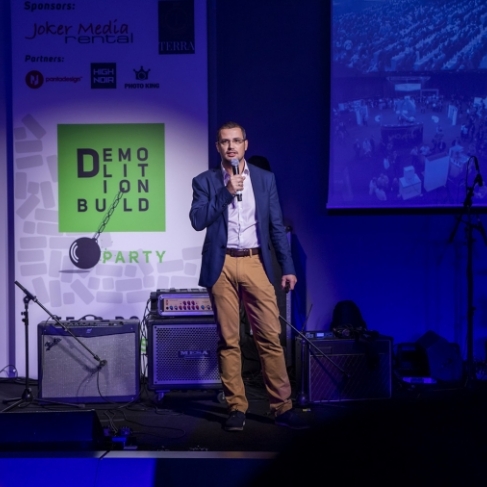 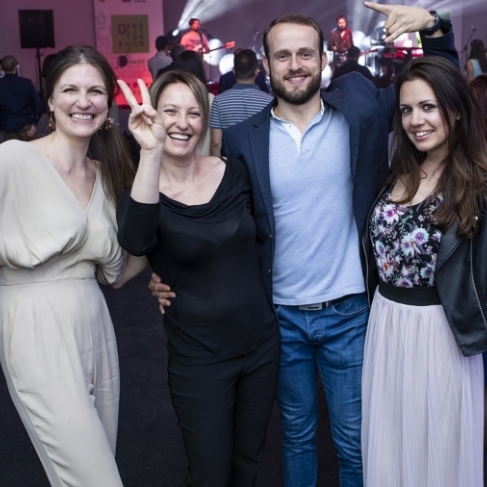 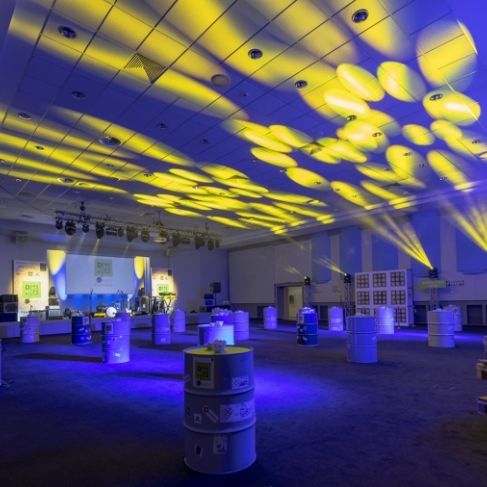 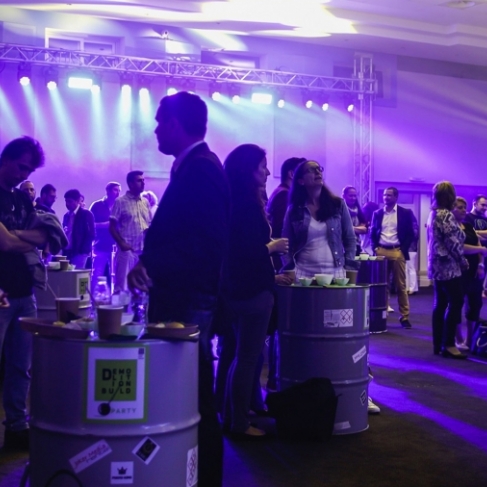 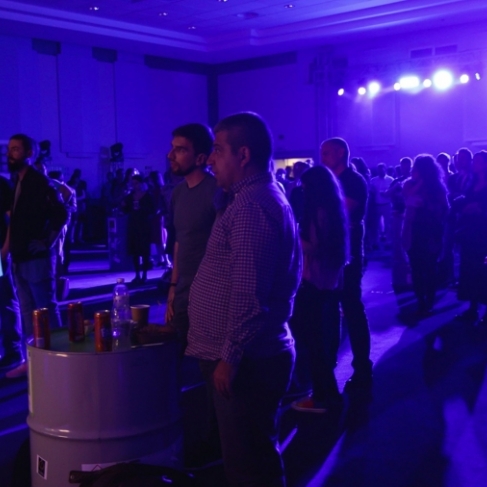