​The Minister of Agriculture, Food and Forestry, Hristo Bozukov, opened the International Food Exhibitions and COPIS

From September 29 to October 2, Inter Expo Center becomes a hub for business and innovation

From September 29 to October 2, Inter Expo Center becomes a business hub. The International Exhibition and Congress Center opens its doors for the International Food Exhibitions - MEATMANIA, THE WORLD OF MILK, BULPEK, INTERFOOD & DRINK and Salon de Vin and the only Bulgarian professional platform for printing and advertising - COPIS. All of them bring together over 300 companies and 850 brands in the halls of Inter Expo Center.

"Together we can tackle the challenges," said Minister Hristo Bozukov. He thanked the Inter Expo Center and the branch organizations for their work, thanks to which Sofia stands on the European and world maps of the exhibitions in the food industry. He was adamant that all challenges could be solved with joint efforts and supported the VAT rate for the sector to be 9%. Considering that the exhibitions are the meeting place for new business partners and innovations, Hristo Bozukov wished success to those present.

The Deputy Minister of Economy, Krassimir Kiryakov, also expressed his positive expectations. He described the exhibitions as a "success" and wished a positive development of the trends.

The exhibitions are the result of joint efforts

"Thank you all for your support in all the years so far," said Inter Expo Center manager Ivaylo Ivanov. He was pleasantly surprised by the gift given to him by Atanas Urdjanov, on the occasion of the 20th anniversary of the beginning of the Inter Expo Center. "Thanks to the team of Inter Expo Center, who did everything possible to hold the exhibitions; I also thank all the exhibitors who took part, "said Ivanov, wishing the entire industry a favorable economic situation. 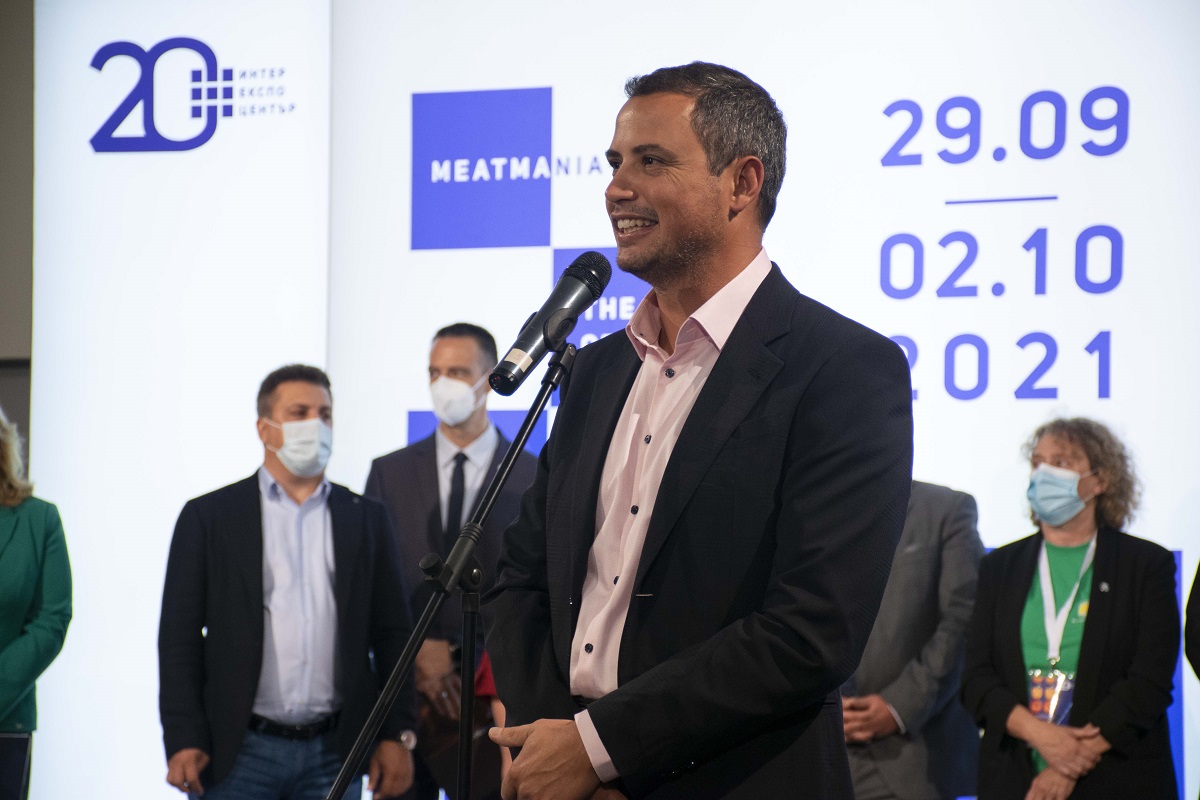 Alicia Hernandez, Counselor at the US Embassy in Bulgaria, reported on the variety of products. She thanked for the opportunity for American companies to present items in our country and reminded that many companies in the United States use Bulgarian products. "Good food and good drinks bring people together," she added.

Symbol of the actions of Bulgarian entrepreneurs

"In the conditions of force majeure, the efforts deserve attention," said Mariana Kukusheva, chairwoman of the National Branch Union of Bakers and Confectioners. She wished the officials and the audience in the Central Lobby of Inter Expo Center successful exhibitions and an end to the pandemic situation, reminding that Bulgarian products and flavors are present at most stands.

Mariana Kukusheva's words were followed by the speech of Atanas Urdjanov - Chairman of the Association of Meat Processors in Bulgaria. After presenting a gift to the manager of Inter Expo Center, he did not hide his satisfaction with the unity in the industry, expressed in support of the exhibition MEAT MANIA, which is being held for the 28th time.

On behalf of the Ombudsman of the Republic of Bulgaria Diana Kovacheva, the head of her office - Katya Valcheva, wished the participants in the exhibitions to establish new business partnerships, to enter many markets and to gain the trust of many new customers.

Online registration for free visits through the websites www.food-exhibitions.bg and www.copi-s.com is encouraged.